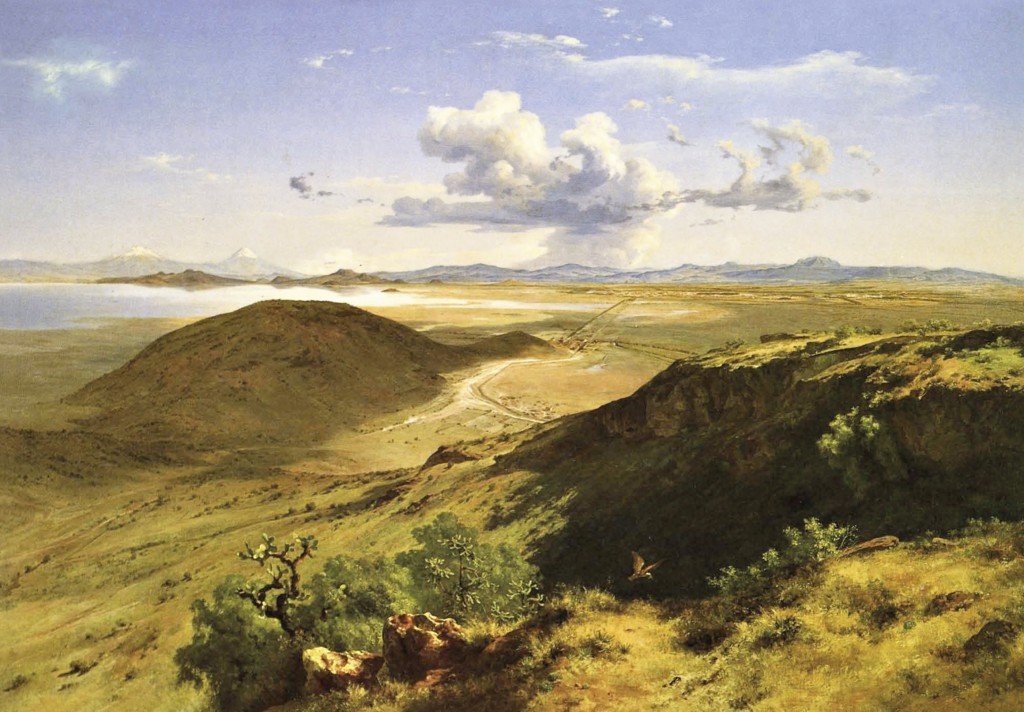 In the nineteenth century, the Valley of Mexico was a visually striking geographic area with strong nationalistic pull for citizens of the newly-formed independent country of Mexico. The site of both the historic Aztec city Tenochtitlan and later Mexico City, the expansive valley cradling this growing urban area became synonymous with Mexico itself. José María Velasco faithfully depicted the valley’s terrain in a sweeping panorama, but he also inserted specific nationalistic motifs—an eagle, swooping toward a prickly pear plant, with a small bird clutched in its beak—that transform the painting from document to metaphor. Explicitly painted by Velasco for the 1878 International Exhibition in Paris, the work came to be known as Mexico 1877, an indication of its significance to the national identity of Mexico.