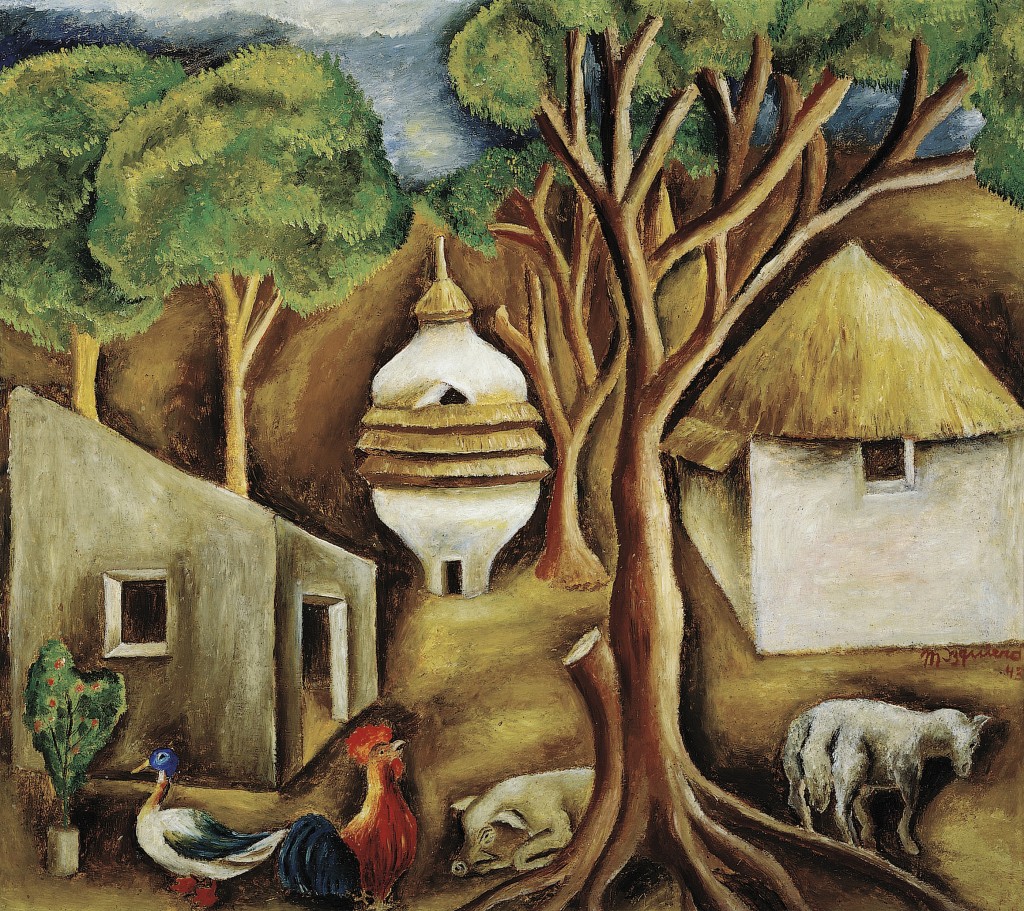 María Izquierdo’s Troje (Granary) invokes Mexico’s social and economic history in order to reflect on post-revolutionary Mexican culture. Depicting a rural farm scene with rooster, pig, and vernacular architecture, Izquierdo’s painting uses a distinctly unique and modernist style to speak to a shared agricultural past. In 1943, as cities grew larger and industrial economics spread throughout the Americas, works such as Troje would have been seen as both distinctly modern and deeply historical.