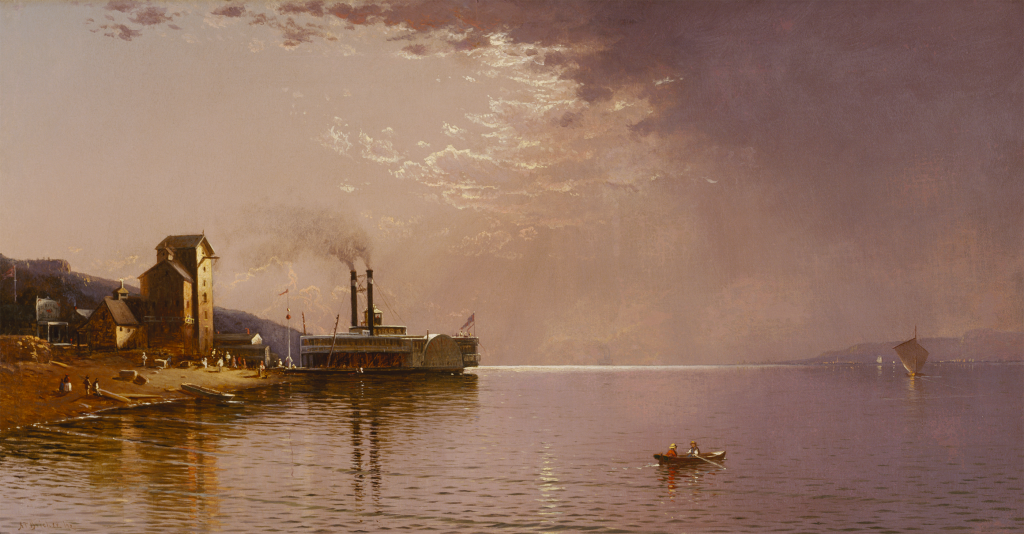 The Sidewheeler “The City of St. Paul” on the Mississippi River, Dubuque, Iowa

A record of Alfred Thompson Bricher’s trip to the upper Mississippi River, The Sidewheeler “The City of St. Paul” on the Mississippi River, Dubuque, Iowa captures the transformation of the American landscape during the second half of the nineteenth century, as expanding communities, increased industrialization, and technological developments changed the look and feel of everyday life. Bricher’s painting documents the growth of Mississippi port cities, seen here in the cluster of buildings at the water’s edge. The painting also depicts the changing nature of commerce on the great river, with the simple rowboats of earlier periods making room for the large, steam powered sidewheeler that dominates the water.