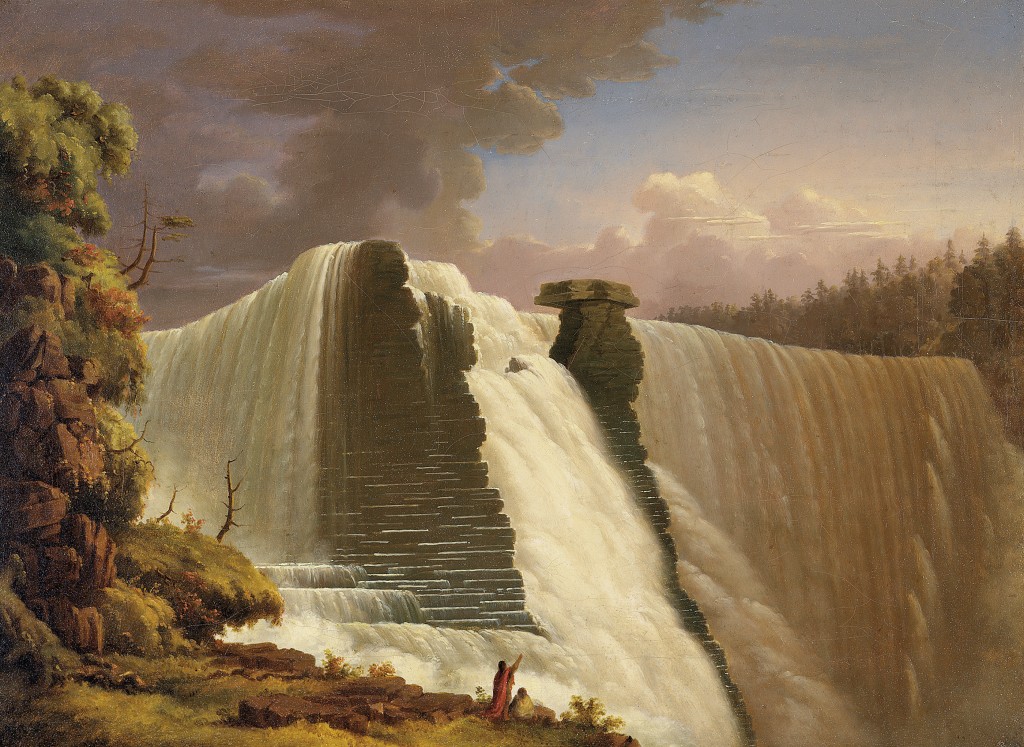 The Canadian artist Paul Kane traveled extensively through western Canada, documenting Indigenous communities in the mid-nineteenth century. Like his counterpart George Catlin in the United States, Kane’s goal was to capture the life and culture of native peoples whom he believed were destined to vanish with increased Canadian settlement of the land. Kane sketched extensively on his journey and used his field drawings as the source material for oil paintings made later in the studio. In Cackabakah Falls, Kaministiquia River, Kane endowed the landscape with exalted significance: the luminous sky and thundering falls are romantic, while the Indigenous subject is depicted as a “vanishing savage.” These qualities separate the work from Kane’s more realistic field sketches, but during this period, both were praised for their natural and ethnographic specificity.