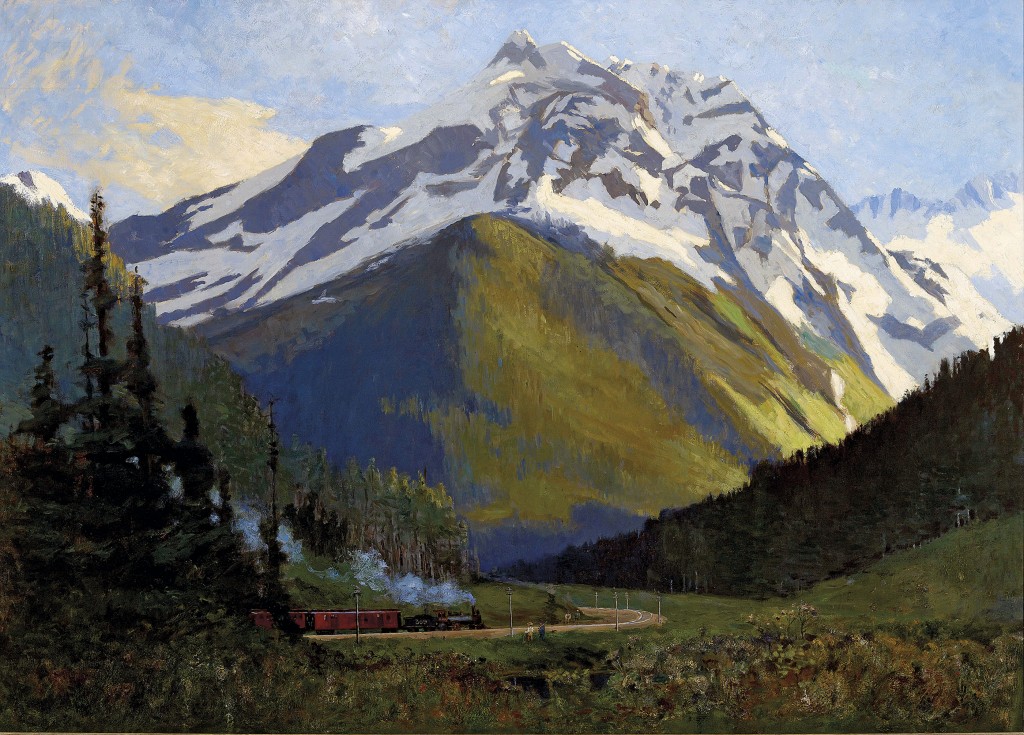 In William Brymner’s Mount Cheops from Rogers Pass, a tail of white smoke trails from a train as it cuts its way through the Canadian mountains. Dwarfed by the majestic peak of Mount Cheops, the train is nonetheless a significant agent of change, as the brown railroad tracks and cloudy vapor attest to the power of man-made technology and its influence on the landscape. Brymner’s painting was completed after the artist’s last trip to the Canadian west and prominently installed in the Canadian Pacific Railway’s Royal Alexandra Hotel in Winnipeg. A record of the train’s influence on the wilderness of the west, Mount Cheops from Rogers Pass, also served to mythologize the national dream of a Canadian transcontinental railway, which became reality in 1885.