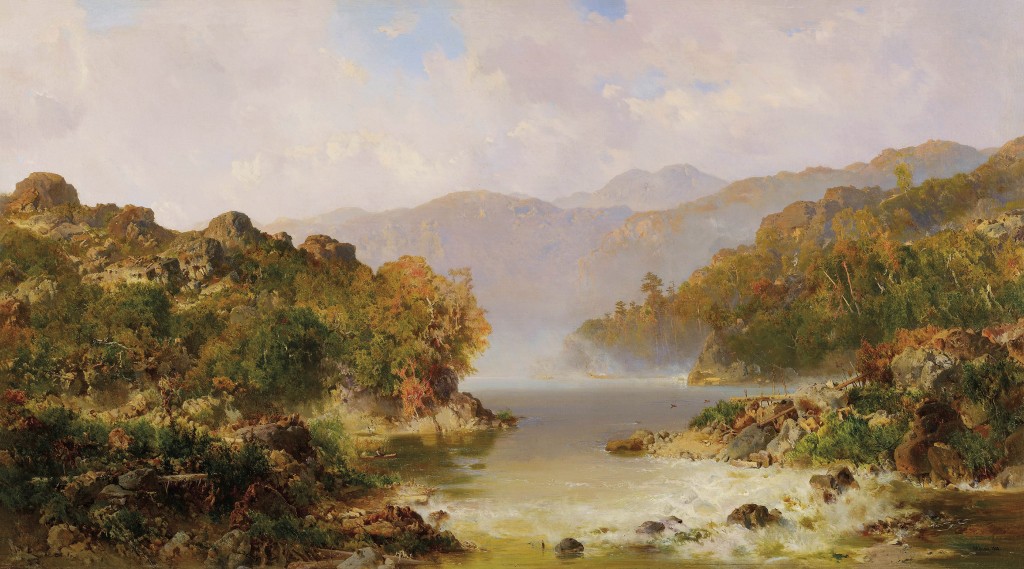 Morning on the Upper Ottawa

Painted in 1868, Morning on the Upper Ottawa reveals artist Otto Reinhold Jacobi’s magisterial hand. The view of the Upper Ottawa River is remarkable for its breadth: depicting not only the wide flow of water but also the cliffs and foliage that lean out over the riverbed. Jacobi appears to have captured the Upper Ottawa in a moment outside of human time; the rush of the water in the foreground gives action and movement to the painting, while the barely visible peaks rising in the distance speak to the permanence of geologic forms. As Canada was swept up in the industrial growth of the nineteenth century, paintings like Morning on the Upper Ottawa became romantic and idealized reminders of the quickly disappearing wilderness of North America.