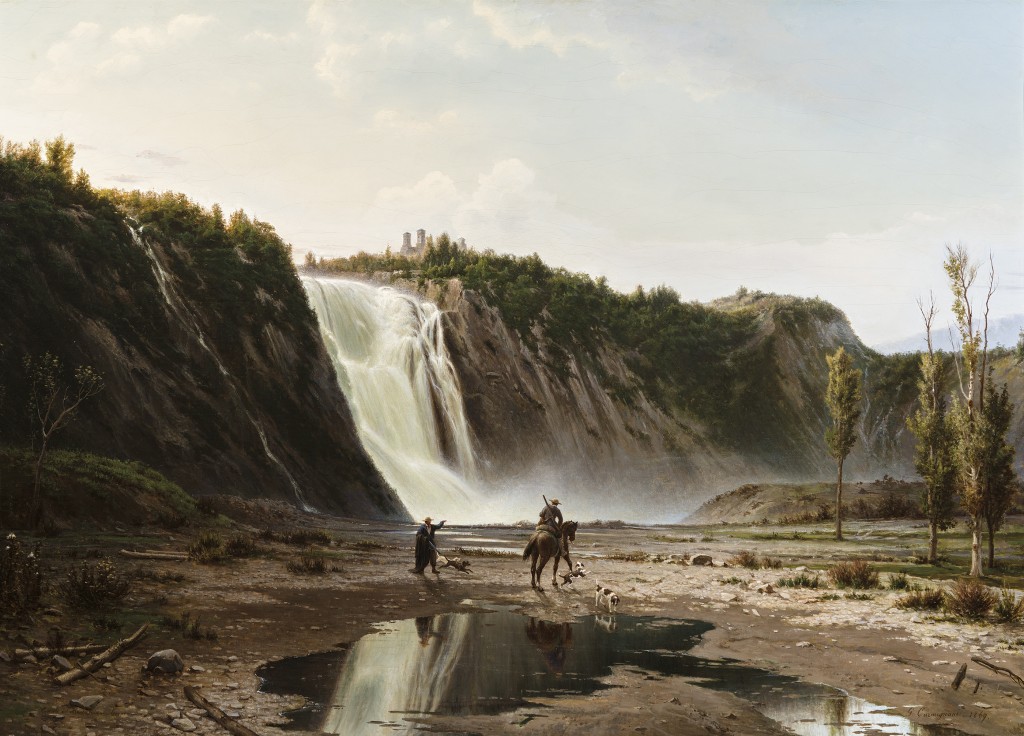 Montmorency Falls is located at the mouth of the Montmorency River, where it flows over a cliff and into the Saint Lawrence River, just east of Quebec City. As Montmorency Falls was a popular place for winter activities in the late 1700s, summertime views of the site, such as this work by Guido Carmignani, a native of Parma, are exceedingly rare. At this time the region’s growing mercantile class began collecting paintings, photographs, prints and watercolors of the falls as souvenirs. In his painting of the site, Carmignani added a pair of Italian hunters, likely in an effort to engage his European audience.