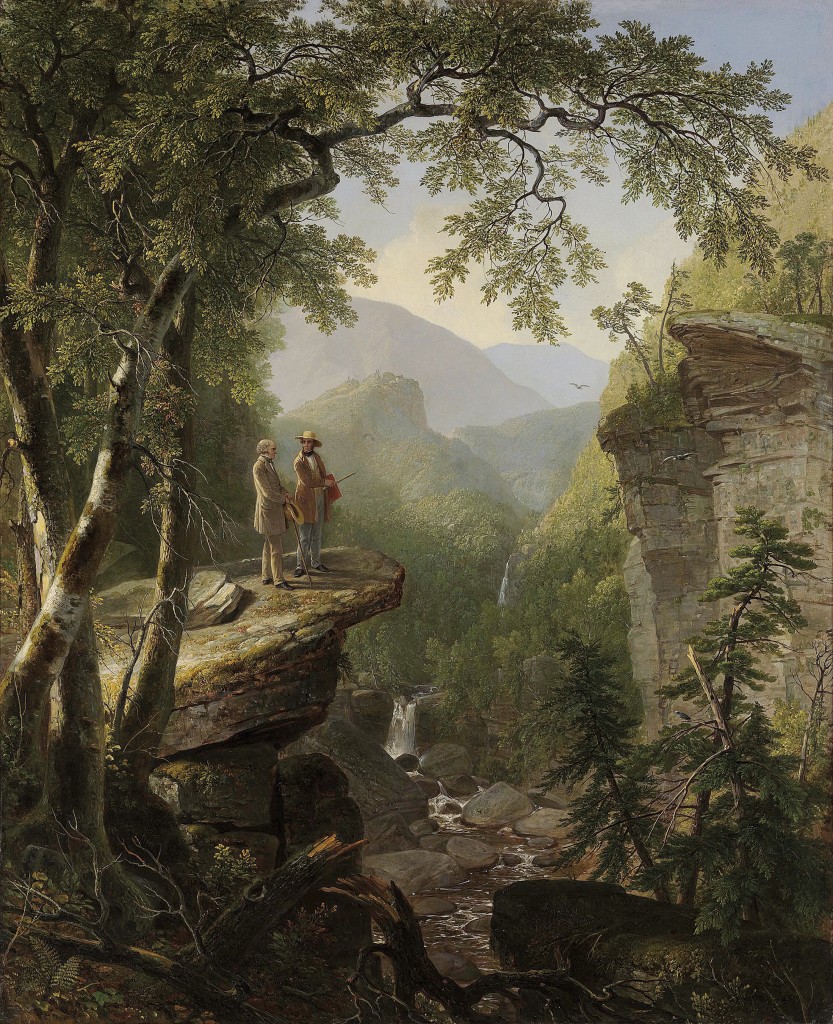 Set in an idealized, composite landscape constructed from multiple sites in the Catskill mountain range, Kindred Spirits is both an example of and an essay of the so-called Hudson River School of painting. Asher B. Durand depicted this imaginary site with naturalistic style, meticulous attention to detail, and mastery of light and color – all hallmarks of his work and that of his mentor, Thomas Cole, whose passing Durand’s painting eulogizes. Here, Cole stands with his friend, the poet William Cullen Bryant as “kindred spirits,” representative of the harmonious interplay of their respective artistic mediums of poetry and the visual arts.