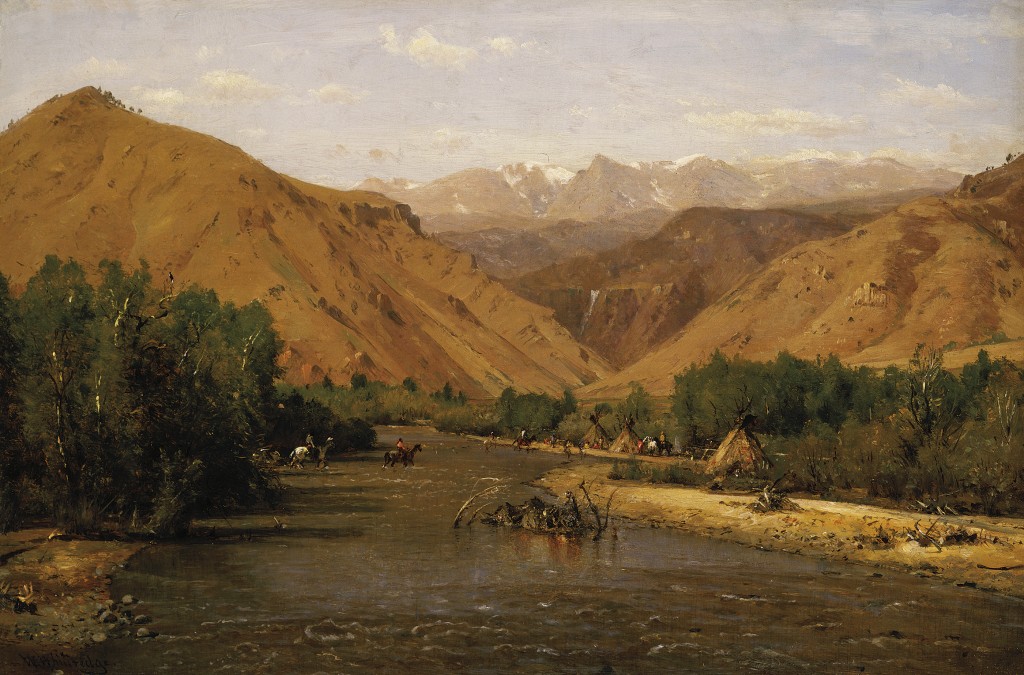 Aware of the ongoing violent conflicts between Indigenous peoples and encroaching white settlers in the western United States in this period, artist Worthington Whittredge instead presented a tranquil scene of rustic domesticity in the Colorado region. Inspired by scenes the artist encountered during three extended sojourns to the West in the late 1860s, Indian Encampment invited settlers to access and even exploit the land that they thought was being underutilized by its Indigenous inhabitants.