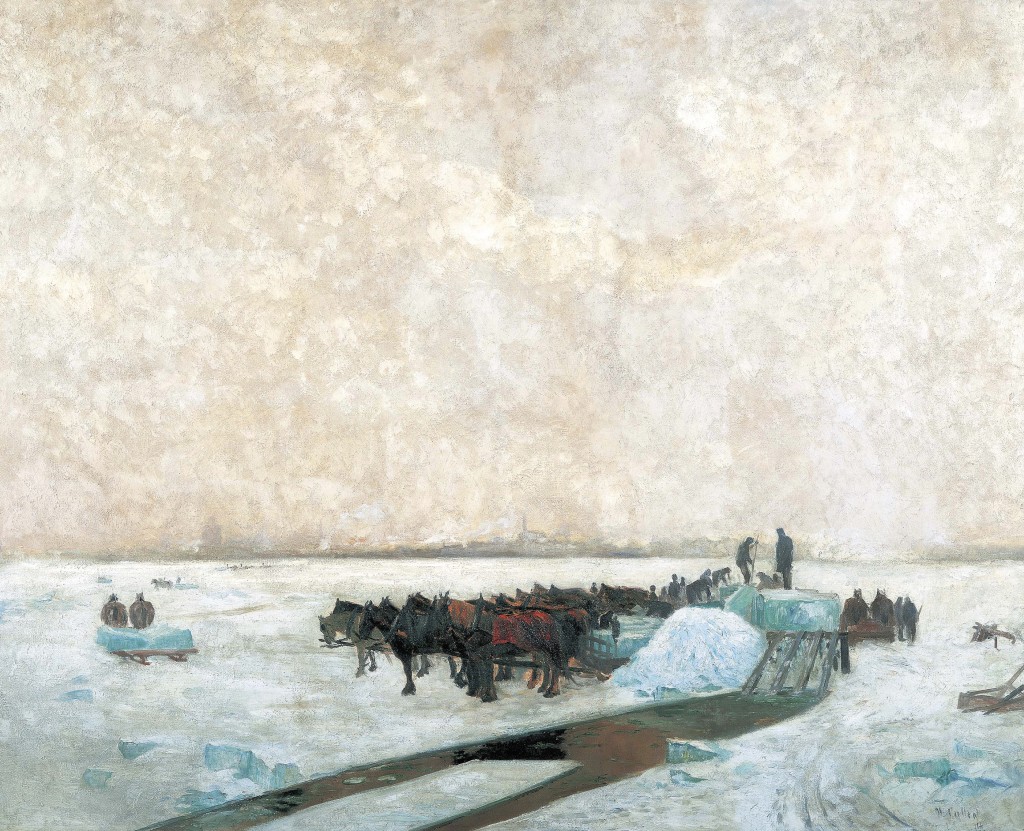 Famous for his powerful, colorful images of the Canadian winter, Maurice Cullen trained in Europe, where he became familiar with the plein air painting of the Impressionists. Upon his return to Canada, he used an impressionistic understanding of light to interpret uniquely North American snow-covered scenes. In La coupe de la glace (Ice Harvest) he captures the specialized practice of ice harvesting which prospered for centuries prior to mechanized refrigeration, which became widespread in the 1950s. Cullen painted a dozen scenes of ice harvesting between 1906 and 1932. Here, the viewer can see Montreal in the distance, as the steam and smoke belching out from the city factories blend with the atmospheric effects of the sun.