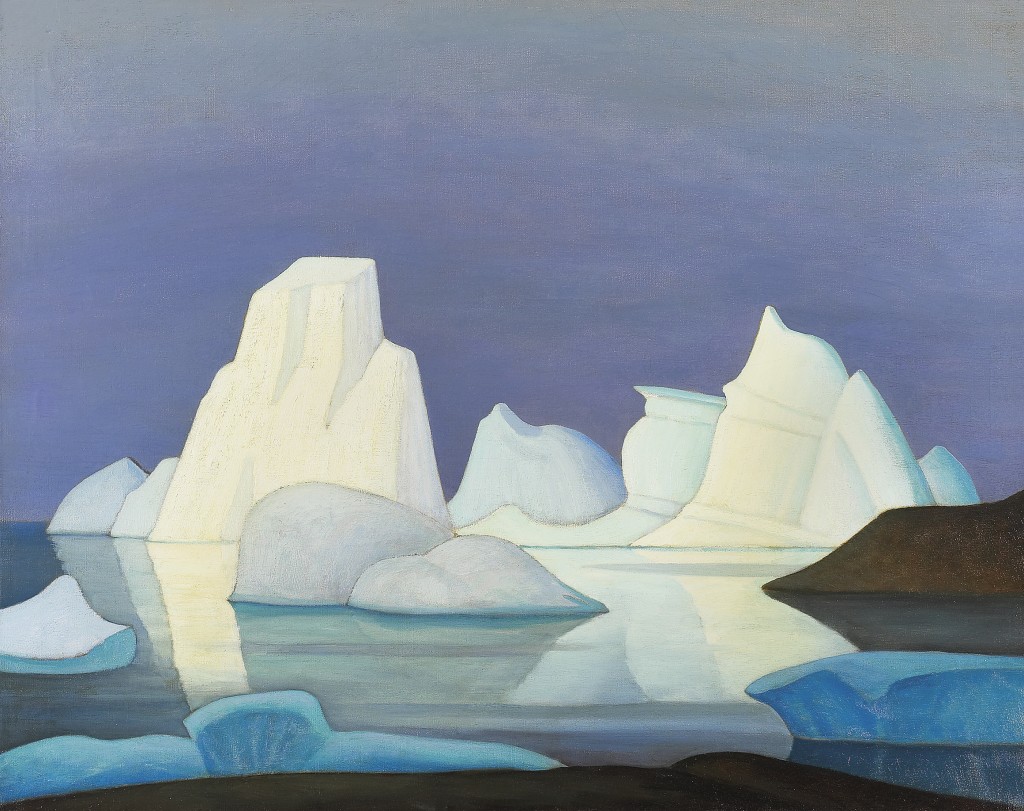 In this depiction of the icy North, Lawren Stewart Harris explores the drama and beauty of the natural world with bold colors and pared-down shapes. Harris was a deeply spiritual man and devoted much of his life to a belief system called theosophy, which explored the mysteries of being to gain the self-knowledge and wisdom necessary for enlightenment. In the dramatic landscape of the Arctic, he found the ultimate embodiment of nature’s power and beauty. Grounded Icebergs depicts a view Harris encountered in the summer of 1930 during a two-month journey to the Arctic, but he did not execute the work until several months after the excursion had ended.