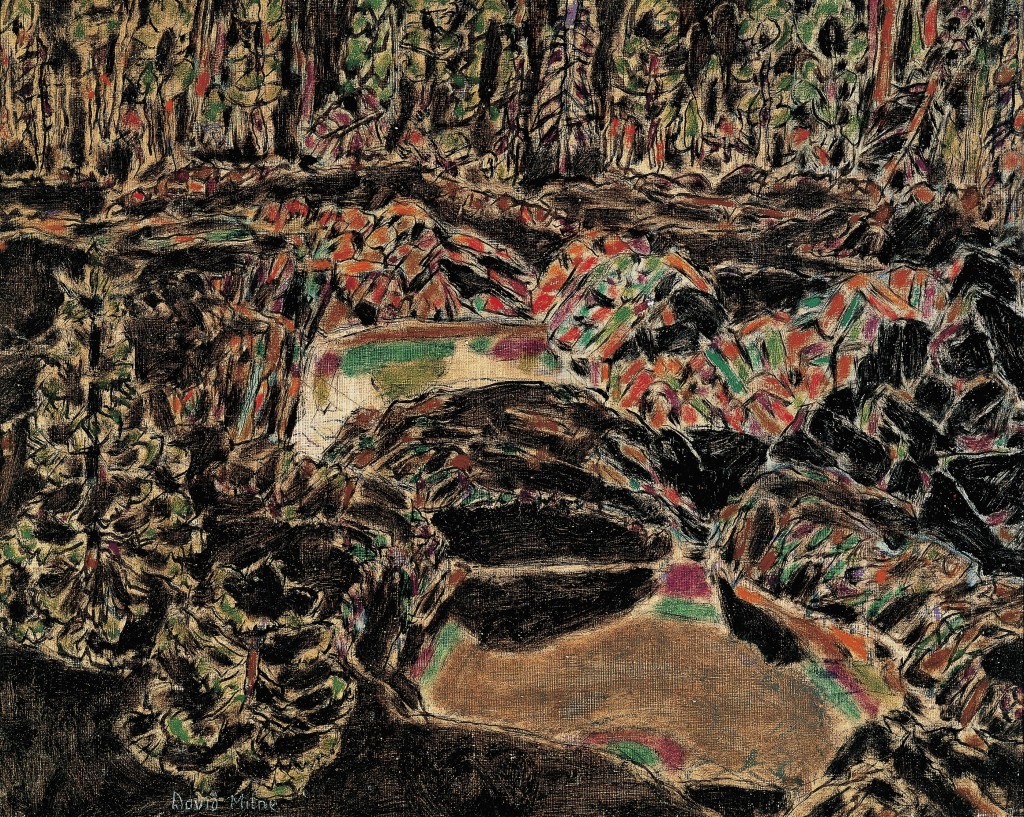 Painted after Canadian artist David Milne returned from a summer of camping in Temagami, a remote region in northeastern Ontario, Dark Pool, Ti Magami is one of thirteen works inspired by Milne’s discovery of a surface pool created by an abandoned and flooded mineshaft. Known for the “flatness” of his works, Milne makes little effort to construct pictorial layers in Dark Pool, Ti Magami, instead forces viewers to become absorbed in the colors and forms much as he himself became absorbed in that abandoned mineshaft pool.