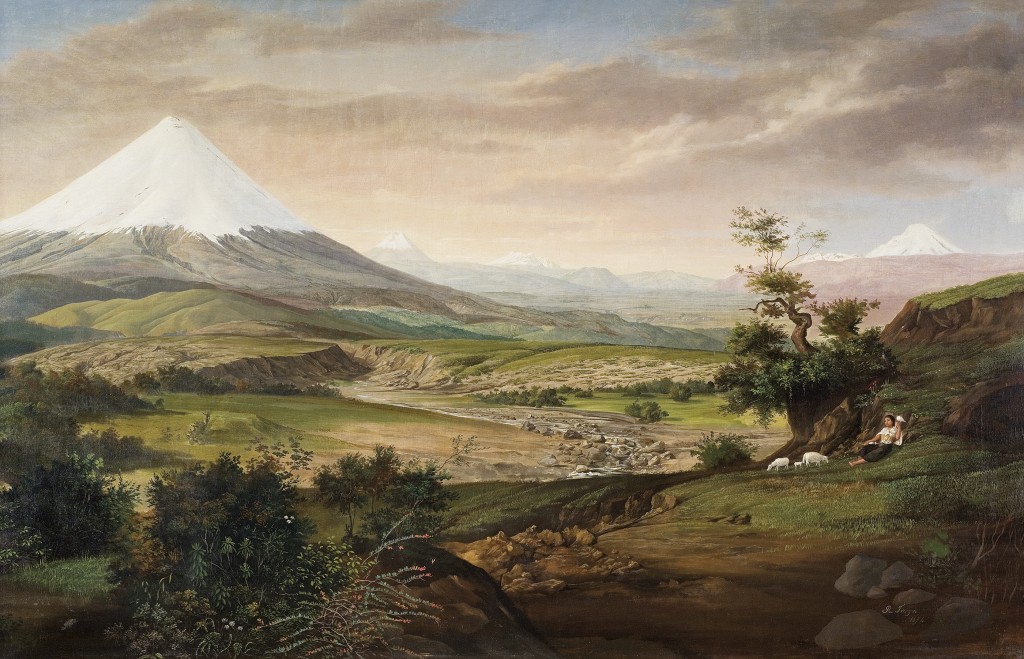 Rafael Troya was a young Ecuadorian landscape painter when he was invited to join a scientific expedition exploring Ecuador’s many volcanos. In the field, he made oil sketches that combined scientific accuracy and aesthetic composition. At the conclusion of the expedition, Troya’s oil sketches were reproduced as etchings used to illustrate scientific publications. Troya, however, used them as visual memory aids in producing large-scale landscape paintings. This work, a view of the volcano Cotopaxi, demonstrates the attention to detail required of scientific illustration as it depicts a trace of the lava that erupted the year the painting was completed and offers detailed renderings of low vegetation and open skies.