“These images are from a period of erasure and colonization, and the myth of human progress at the expense of Indigenous people.” – Hayden King, Anishinaabe writer and educator, 2015

The works in this exhibition span from the early 1800s to the early 1900s, a period during which Indigenous peoples were subjected to intense violence and forced assimilation. Many of these landscape paintings are devoid of people, furthering the idea of terra nullius, which suggests that uncolonized land is an empty and untouched wilderness. In fact, highly sophisticated cultures and civilizations of Indigenous people had thrived in the Americas for thousands of years.

During the same period, settler nations engaged in lengthy battles and wars across the Americas to establish political borders, many of which are still contested today. The paintings on view here foreground nature as the setting for conflict and conquest.

Land as Resource Back to Field to Studio 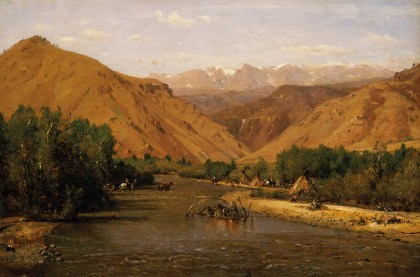 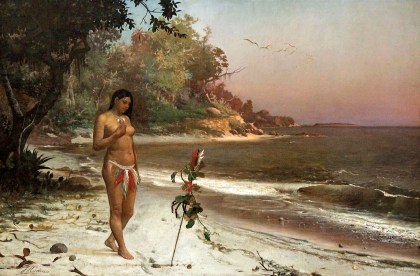 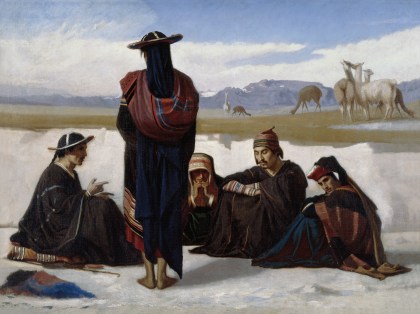 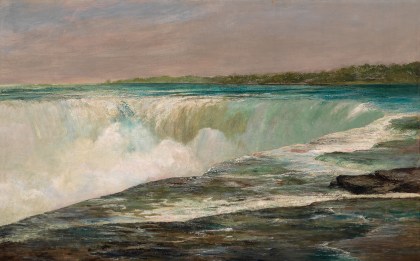 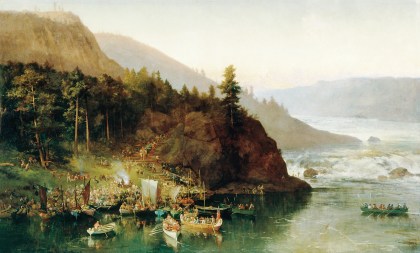 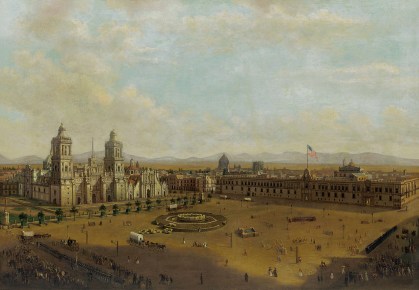 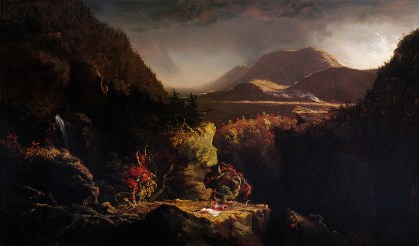 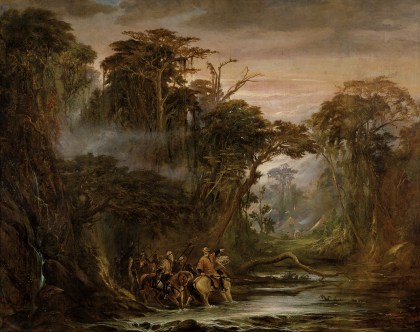