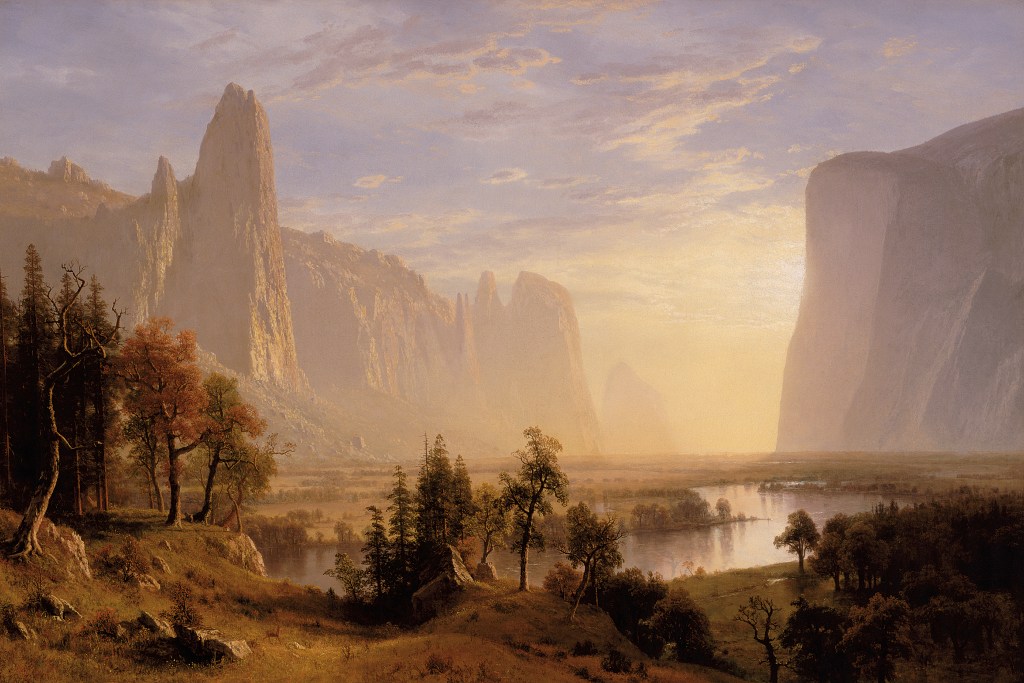 “Far to the westward, widening more and more, it opens into the bosom of great mountain-ranges, into a field of perfect light, misty by its own excess, into an unspeakable suffusion of glory created from the phoenix-pile of the dying sun.”

Albert Bierstadt painted a number of monumental views of Yosemite, which had become a national park in 1864. These canvases toured major cities across the United States of America, attracting huge audiences. Here, Bierstadt captures a sight described by the writer Fitz Hugh Ludlow, but it is not an accurate representation: Bierstadt shrinks the distance between the valley walls and exaggerates the bends in the river, creating a dramatic, lively landscape. Though thoroughly emblematic of the rapidly expanding United States of America, the scene depicted had been part of Mexico only twenty years prior.