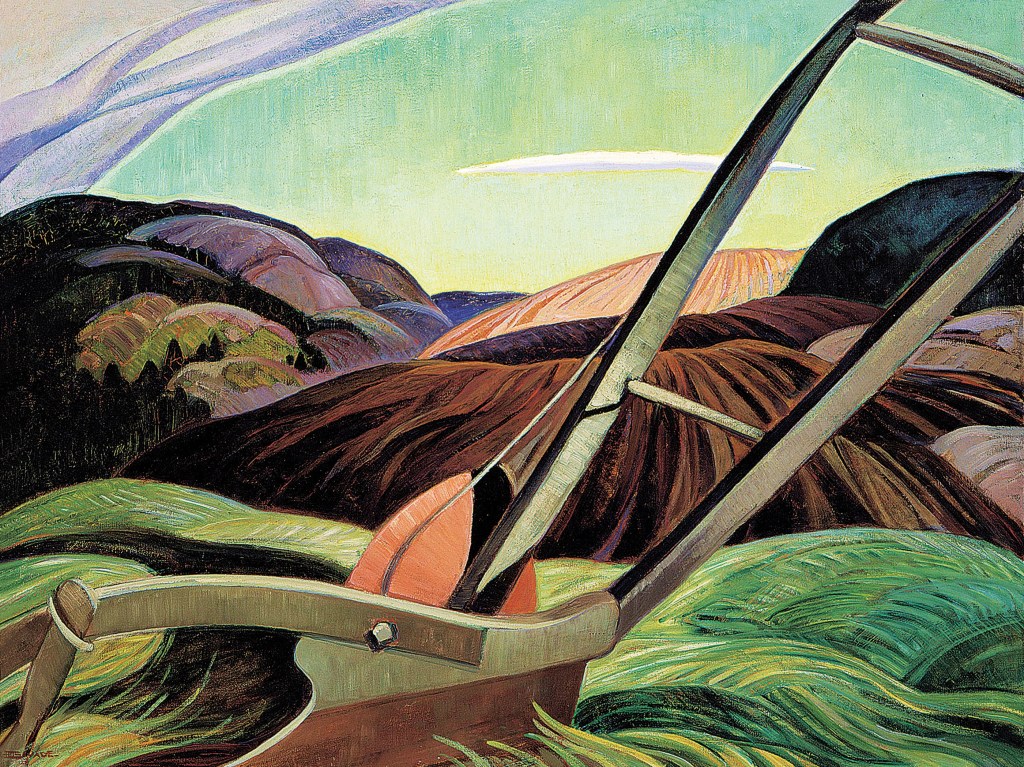 Anne Savage’s The Plough captures the rhythmic furrows of the field, compositionally comparing the curves of the tilled hills with the curve of the plough itself. In collapsing the distinction between land and tool, Savage reveals her understanding of the rich agricultural history of her home province of Quebec. Modernist in composition, The Plough equates evolution in agricultural practices with an evolution in aesthetics, charting transformations not only in the landscape but also in painting as a practice.