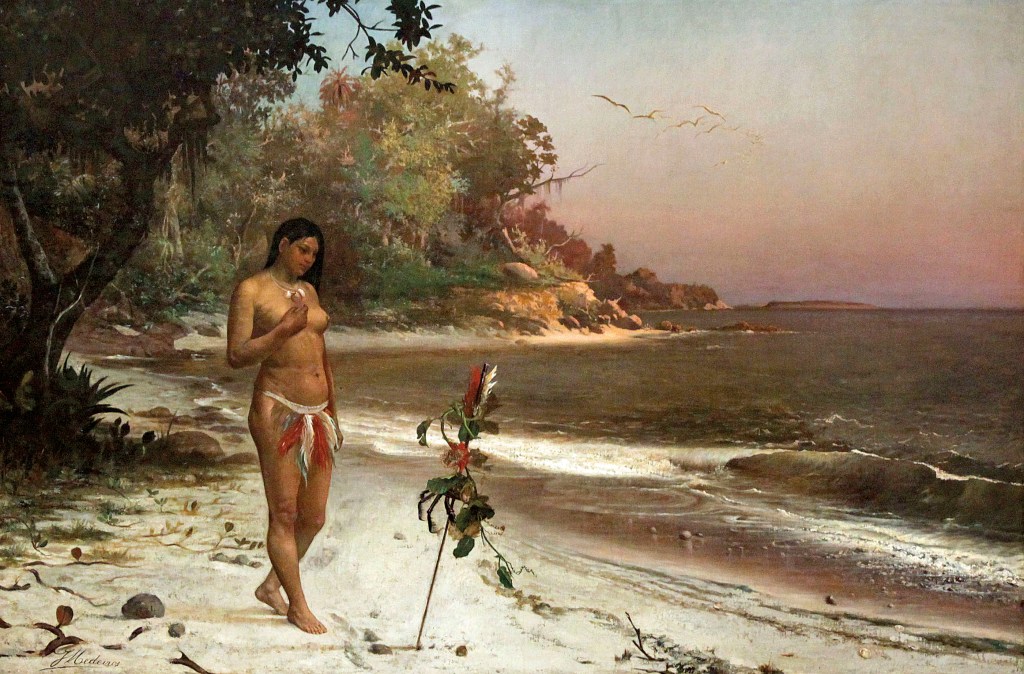 The subject of Jose Maria de Medeiros’ painting comes from a Brazilian poem by José Martiniano de Alencar. Set in the sixteenth century, it narrates a fictional love story between Iracema, an Indigenous Tabajara woman, and Martim Soares Moreno, a Portuguese colonizer. Medeiros’ painting is considered the first image of Iracema and was exhibited in Rio de Janeiro in 1884. Though initially met with disapproval, the artists’ vivid depiction of the landscape prompted the work’s purchase by the Academia Imperial de Belas Artes. Similar poses are seen in other works that, like Medeiros’s painting, sought to depict idealized versions of the Indigenous people of South America.