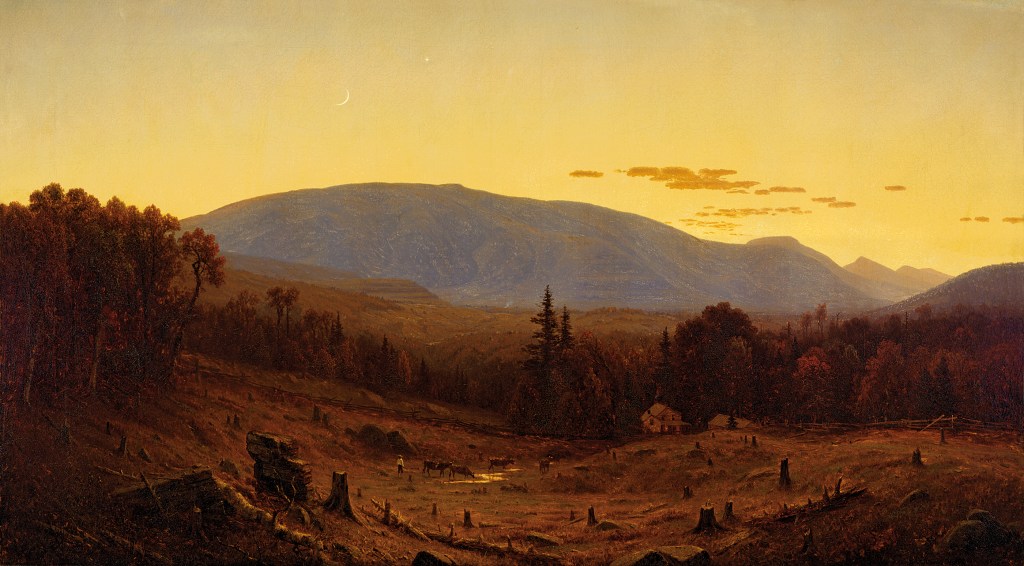 Set in a deforested valley in the Catskill Mountains, Hunter Mountain, Twilight reflects on the loss of the region’s natural beauty, while the stumps of hemlock trees allude to the soldiers who lost their lives during the United States Civil War. This painting was selected to represent the United States at the 1867 Paris Exposition and was purchased by James Pinchot, whose son Gifford Pinchot would serve as the first chief of the US Forest Service.