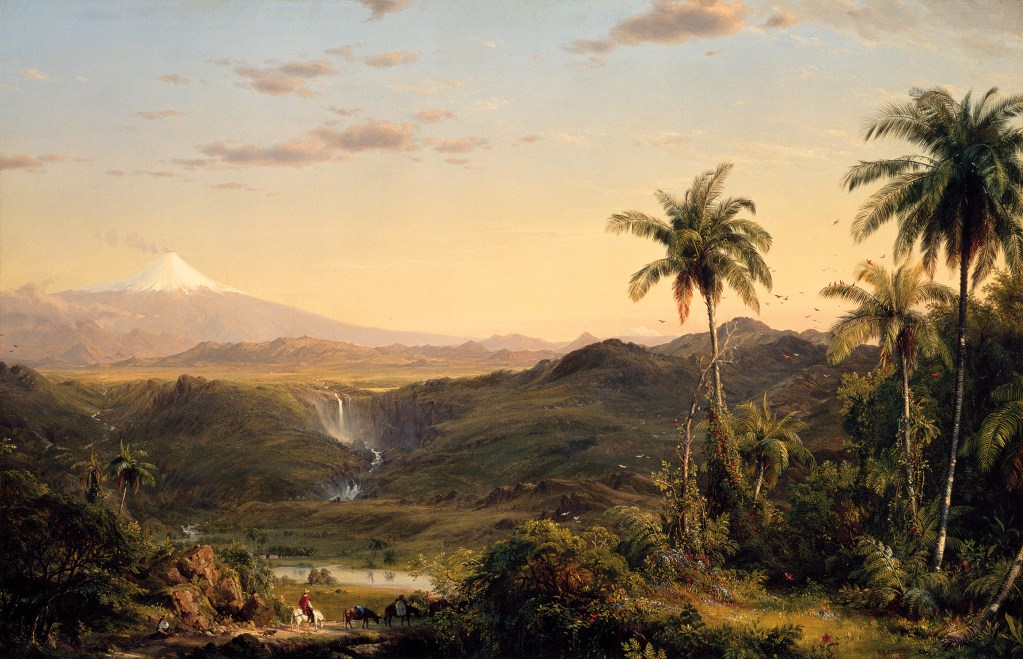 In Cotopaxi, which documents an active volcano in Ecuador, Frederic Edwin Church fused scientific attention to detail, inspired by the publications of Prussian naturalist Alexander von Humboldt, with his own romantic vision of painting as an expression of national identity. The figures in the foreground, dwarfed by the erupting peak, reference the Indigenous peoples of the Andes, while the inclusion of palm trees—not naturally found in the region around Cotopaxi—represented for Church’s audiences ideas of paradise, both actual and spiritual. Painted during the tumultuous period leading up to the U.S. Civil War, Cotopaxi’s simmering volcano also spoke to a fracturing national identity.