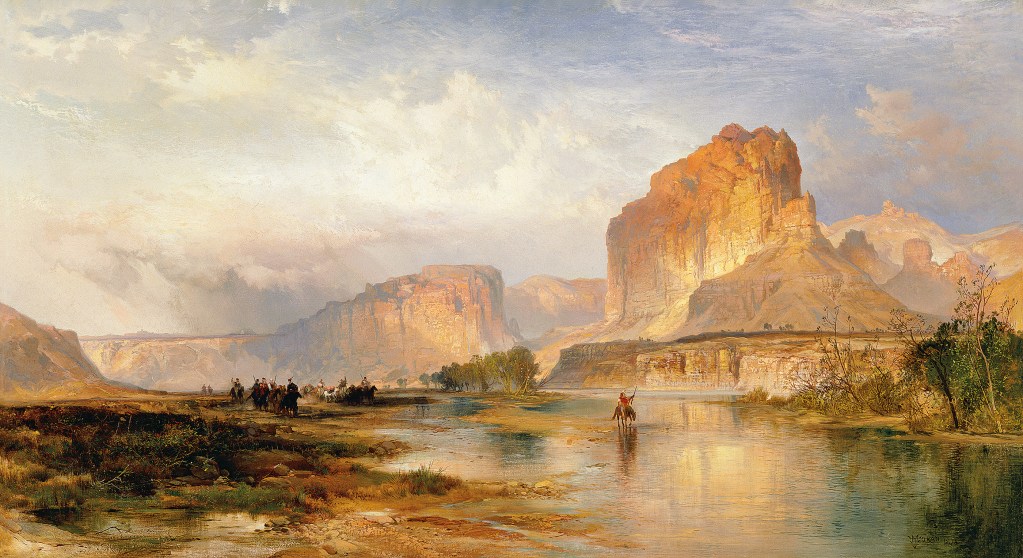 American artist Thomas Moran set out as part of the Hayden Expedition of 1871 with the goal of documenting Yellowstone, but he was first enraptured by the sight of cliffs rising above the town of Green River, Wyoming. Evincing the artist’s unique ability to combine the tenets of scientific and topographical illustration with a sensitive, painterly style and unique color palette, Cliffs of Green River captures the changeable colors of the towering bluffs rising from the earth, while the dizzying reflection in the water of the cliffs meeting an open sky upends the expected order of the painting. Representations of the craggy, unfamiliar landscape of Wyoming captured the imagination of the United States, which increasingly associated its national identity with the untrammeled wildness of its western territories.